What Is Olfactory Reference Syndrome (ORS)? 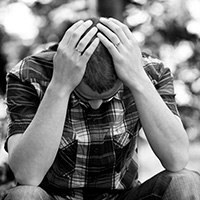 Olfactory reference syndrome (ORS), also known as olfactory reference disorder, is an underrecognized and often severe condition that has similarities to obsessive-compulsive disorder (OCD) and body dysmorphic disorder (BDD). People with ORS think they smell bad, but in reality they don't. There's a profound mismatch between their own perception and the perception of other people.

People with ORS may worry, for example, that they have bad breath or bad-smelling armpits, or that they emit a foul odor from their genitals, anus (often flatulence), feet, skin, or other body area. People with ORS may worry about emitting a bad body odor from any part of their body; the types of odors and body areas listed here are just some examples. The odor concerns cause significant emotional distress or interfere with the person's day-to-day functioning (usually both).

What Are Some Other Symptoms of ORS?

People with ORS perform excessive repetitive behaviors (also called "rituals" or "compulsions") in response to the distress that their body odor preoccupations cause. These behaviors are usually difficult to resist and control. Common excessive behaviors (and lifetime rates) include:

Other common symptoms of ORS include:

How Is ORS Different from More Typical Body Odor Concerns That People May Have? 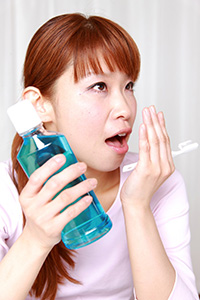 Here are some of the key differences:

How Common Is ORS?

Good prevalence studies haven't been done. It's likely, however, that ORS is much more common than generally believed. But ORS often goes unrecognized and undiagnosed.

Anyone can get ORS. This condition occurs around the world. It affects people of all ages, genders, races, and ethnicities. ORS usually starts during adolescence.

How Serious Is ORS?

ORS is a serious psychiatric disorder. It's associated with high rates of psychiatric hospitalization, suicidal thinking, and suicidal behavior.

What If I Or Someone Else Thinks I Might Have ORS, But I Believe I Really Do Smell Bad? 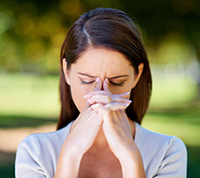 This is a common situation: a person obsesses about perceived body odor, which causes them emotional distress or interferes with daily functioning. Yet, the person thinks they don't have ORS because they think they really do smell bad (even though they really don't). These individuals actually do have ORS.

If you think you smell bad but other people don't, I encourage you to be open-minded and find out if you have ORS. There's no downside to doing this. If you actually smell a bad odor, depending on the type of odor and your other symptoms, it may be ORS, but it may also be wise to be sure that you don't have a seizure disorder or another medical condition that might explain your symptoms. If you're diagnosed with ORS, I encourage you to try treatment for ORS (see below). Treatment is often effective and can be life-saving.

What Treatments Work for ORS?

Treatments for ORS haven't been well studied. However, clinical experience (including my own) and published case reports and case series in medical journals suggest that treatments similar to those used for body dysmorphic disorder (BDD) and obsessive-compulsive disorder (OCD) may be helpful:

In my experience, these treatments often improve ORS preoccupations and compulsive behaviors such as checking one's body for odor. These treatments also usually help people feel more comfortable in social situations and less depressed and anxious. Some people improve when treated with medication alone or with CBT alone, whereas others benefit from receiving both treatments at the same time. For more severe symptoms, treatment with both medication and CBT concurrently is usually recommended.

Some people with ORS seek treatment of their odor concerns from non-mental health clinicians, such as ENT (ear, nose, and throat) doctors, dentists, dermatologists, surgeons, gastroenterologists, and gynecologists. Some even have surgery, such as a tonsillectomy or removal of sweat glands. Although very little scientific research has been done on the effectiveness of these treatments, they do not appear to be helpful. Thus, non-mental health treatments such as these are not recommended for ORS.

The cause of ORS isn't known. However, it's likely that -- like other psychiatric conditions -- ORS results from a complex combination of genetic predisposition/neurobiologic factors as well as life experiences and sociocultural factors.

Hope for People With ORS

ORS can be severely distressing and impairing, to the point where some people consider suicide. But there is hope for people with ORS! If you're diagnosed with ORS, I encourage you to try the medications and/or therapy discussed above. These treatments can help free you of odor preoccupations and rituals, depression, anxiety, social anxiety, and other associated symptoms. They are often effective and can be life-saving.

For More Information About ORS

I've been evaluating and treating people with ORS for more than 25 years. If you'd like to see me for a one-time evaluation so I can give you treatment recommendations, or if you live in the New York City area and would like to see me for ongoing treatment, please call the Weill Cornell Psychiatry Specialty Center at 646-962-2820, email me at kap9161@med.cornell.edu (all lower case), or contact us.