What is Body Dysmorphic Disorder (BDD)?

Body dysmorphic disorder (BDD) is a common yet underrecognized body image disorder. People with BDD perceive themselves as looking ugly, unattractive, abnormal, or disfigured. But in reality they look normal. There's a profound mismatch between how they see themselves versus how other people see them.

People with BDD may worry, for example, that they have severe acne or that their skin is terribly scarred, that they're going bald, that their head is too big or too small, their nose is too big or crooked, or their thighs are too big. Men with the muscle dysmorphia form of BDD are preoccupied with the idea that their body build is too small or not muscular enough. But people with BDD can worry about any part of their body; the concerns listed here are just some examples. The appearance concerns cause significant emotional distress or interfere with day-to-day functioning (for example, social, academic, or occupational functioning).

What Are Some Other Symptoms of BDD?

People with BDD perform repetitive behaviors (also called "rituals" or "compulsions") in response to the distress that their appearance preoccupations cause. These behaviors are usually difficult to resist or control. Excessive behaviors (and lifetime rates) include:

Other common symptoms of BDD include:

How Is BDD Different from Normal Appearance Concerns? 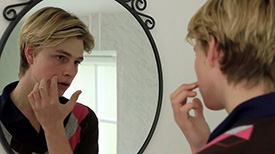 Here are some key differences:

How Common Is BDD?

According to the best research studies, between 1.7% and 2.9% of the population currently has BDD. This means that millions of people in the U.S. alone have BDD. BDD is about as common as or perhaps even more common than obsessive-compulsive disorder, and it is more common than anorexia nervosa. But BDD often goes unrecognized and undiagnosed, often because people with this condition feel too embarrassed and ashamed to mention their appearance concerns to anyone or seek qualified mental health treatment.

Anyone can get BDD. This condition occurs around the world. It affects people of all ages, genders, races, and ethnicities. BDD usually starts during early adolescence; two thirds of people with BDD have onset of the disorder before age 18.

How Serious Is BDD?

BDD is a serious disorder. It's associated with high rates of psychiatric hospitalization, and it can lead to suicide. Available research studies indicate that suicidal thinking and suicidal behavior are common in people with BDD. In fact, a published systematic review with meta-analysis found that BDD is characterized by significantly higher levels of suicidality than other psychiatric disorders characterized by high risk for suicidal thoughts and acts. The good news is that effective treatments are available.

What If I Or Someone Else Thinks I Might Have BDD, But I Think I Really Do Look Bad?

This is a common situation: a person obsesses about perceived appearance flaws, which causes them emotional distress or interferes with daily functioning. Yet, the person thinks they don't have BDD because they think they really do look abnormal or ugly (even though they actually don't). These individuals actually do have BDD.

By definition, people with BDD have a distorted view of how they look. BDD isn't a problem with how the person actually looks; it's a problem with how they see themselves -- with their body image. Research studies show that people with BDD actually see (visually perceive) themselves differently than others see them. So in this way, BDD is like anorexia, where people believe they're fat even though they're actually extremely thin. Most people with BDD think that their view of their appearance is definitely or probably accurate. But in reality, the appearance flaws they perceive are minimal or nonexistent in the eyes of others.

If you think you look abnormal but other people say you don't, I encourage you to be open-minded and find out if you have BDD. There's no downside to doing this. If you're diagnosed with BDD, I encourage you to try treatments that are often effective for this condition (see below). These treatments often substantially -- sometimes dramatically -- improve symptoms, functioning, quality of life, and sense of well-being.

What Treatments Work for BDD?

Scientific research studies have shown that two kinds of treatment are often effective:

Medications (serotonin-reuptake inhibitors [SRIs]) and CBT are effective for a majority of people with BDD. These treatments usually improve distressing appearance preoccupations and compulsive behaviors such as mirror checking and comparing; they usually help people feel that they have more control over their thoughts and behaviors. These treatments also usually help people feel more comfortable in social situations and less depressed and anxious. Self-esteem often improves. Some people improve when they're treated with an SRI alone or with CBT alone, whereas others benefit from receiving both treatments at the same time. For more severe symptoms, treatment with both medication and CBT concurrently is usually recommended.

A majority of people with BDD get cosmetic procedures, such as surgery, dermatologic treatment, and dental treatment, for their BDD concerns. However, these treatments appear to almost never be helpful for BDD. Cosmetic treatment can even make BDD symptoms worse. Thus, cosmetic treatments, including surgery, aren't recommended for BDD.

The cause of BDD isn't yet known, but research studies suggest that BDD probably results from a complex combination of genetic predisposition/neurobiologic factors as well as life experiences and sociocultural factors. Brain imaging studies show that people with BDD overfocus on tiny details of a visual stimulus (such as a face) and have trouble seeing "the big picture." This may help explain why they zero in on tiny or even non-existent imperfections in their appearance that look horrible to them but look minimal or non-existent to other people.

Hope for People With BDD

BDD can be severely distressing and impairing, to the point where some people commit suicide. But there is hope for people with BDD! Over the past 25 years, research scientists like myself have identified and developed treatments that help a majority of people get better. If you're diagnosed with BDD, I encourage you to try the medications and/or therapy discussed above. These treatments can free you from your appearance obsessions and compulsive behaviors, depression, anxiety, social anxiety, and other symptoms. They can be life-saving.

For More Information About BDD

Please visit the website of the International OCD Foundation at https://iocdf.org/

My books on BDD and on obsessive-compulsive and related disorders provide in-depth information about BDD and related conditions:

Body Dysmorphic Disorder: Advances in Research and Clinical Practice, edited by Katharine A. Phillips, M.D. (Oxford University Press, 2017). This is the first edited volume on BDD. This up-to-date, comprehensive, and clinically focused volume covers all aspects of BDD, including patient cases, history of BDD, and classification of BDD; prevalence and clinical features; morbidity (functional impairment, suicidality, aggressive/violent behavior); and BDD in special populations (children and adolescents, gender, and cultural/racial/ethnic issues). It also provides detailed discussion of how to assess and diagnose BDD; what might cause BDD (etiology and pathophysiology); recommended treatments; cosmetic treatment; BDD's relationship to other psychiatric disorders; and scales and resources. The book is intended for mental health clinicians, primary care clinicians, and pediatricians, as well as plastic surgeons, ear, nose, and throat physicians, dermatologists, and other clinicians who provide cosmetic (aesthetic) treatment. I hope it will be helpful to anyone with an interest in psychiatric disorders and especially to BDD sufferers and their loved ones. https://www.amazon.com/Body-Dysmorphic-Disorder-Advances-Research/dp/0190254130/ref=sr_1_6?s=books&ie=UTF8&qid=1513627752&sr=1-6&keywords=katharine+phillips

Understanding Body Dysmorphic Disorder: An Essential Guide, by Katharine A. Phillips, M.D. (Oxford University Press, 2009). This book for both professionals and the public is briefer but more up to date than the Broken Mirror (described below), as it incorporates knowledge based on scientific research that was done since the Broken Mirror was published. It contains detailed information about both effective and ineffective treatments for BDD. http://www.amazon.com/Understanding-Dysmorphic-Disorder-Katharine-Phillips/dp/0195379403/ref=sr_1_1?ie=UTF8&qid=1446415057&sr=8-1&keywords=katharine+Phillips

The Broken Mirror: Understanding and Treating Body Dysmorphic Disorder (Revised and Expanded Edition), by Katharine A. Phillips, M.D. (Oxford University Press, 2005). The first edition of this book, published in 1996, was the first book published on BDD. In 1997, this book was listed in a leading psychiatric journal as one of 25 “priceless books” published during the prior decade that “reflect some of the very best of the new psychiatry” (Akiskal HS, Journal of Clinical Psychiatry 1997;58:12). This revised and expanded 2005 edition, for both professionals and the public, incorporates advances in knowledge since the first edition was published. It contains more patient stories than my 2009 book. http://www.amazon.com/Broken-Mirror-Understanding-Treating-Dysmorphic/dp/0195167198/ref=sr_1_3?ie=UTF8&qid=1446415057&sr=8-3&keywords=katharine+Phillips

Cognitive-Behavioral Therapy for Body Dysmorphic Disorder: A Treatment Manual, by Sabine Wilhelm, Ph.D., Katharine A. Phillips, M.D., and Gail Steketee, Ph.D. (The Guilford Press, 2013). This book is a detailed treatment guide for therapists to use when treating people with BDD. Its development and testing were supported by research grants from the National Institute of Mental Health. Published research studies indicate that this manualized treatment is effective for a majority of people with BDD. http://www.amazon.com/Cognitive-Behavioral-Therapy-Body-Dysmorphic-Disorder/dp/1462507905/ref=sr_1_2?ie=UTF8&qid=1446415057&sr=8-2&keywords=katharine+Phillips

The Adonis Complex: How to Identify, Treat and Prevent Body Obsession in Men and Boys, by Harrison G. Pope, Jr, M.D., Katharine A. Phillips, M.D., and Roberto Olivardia, Ph.D. (The Free Press, 2002). This book identifies and discusses body image concerns in boys and men, which often go unrecognized and underdiagnosed. It includes a focus on muscle dysmorphia, a form of BDD that consists of preoccupation with the belief that one's body build is too small or that muscularity is insufficient. A substantial proportion of people with the muscle dysmorphia form of BDD abuse and become dependent on potentially dangerous anabolic steroids and other supplements.
http://www.amazon.com/Adonis-Complex-Identify-Prevent-Obsession/dp/068486911X/ref=sr_1_6?ie=UTF8&qid=1446415800&sr=8-6&keywords=katharine+Phillips

I've spent 30 years evaluating and treating people with BDD and conducting research studies on BDD. This includes numerous treatment studies (both therapy and medication studies) that have been published in leading scientific peer-reviewed journals. If you'd like to see me for a one-time evaluation so I can give you treatment recommendations, or if you live in New York State and would like to see me for ongoing outpatient treatment, please contact us.

You can also call the Weill Cornell Psychiatry Specialty Center at 646-962-2820, email me at kap9161@med.cornell.edu (all lower case letters), or contact us. 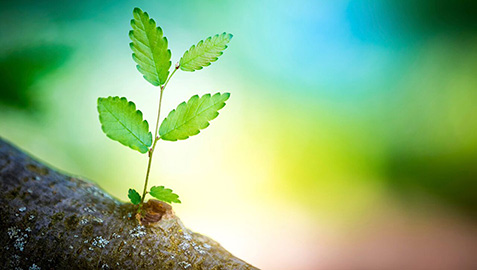