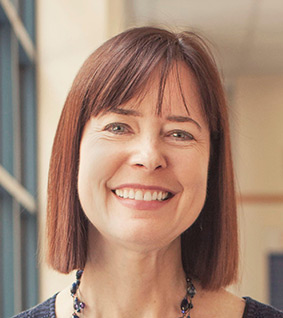 Dr. Phillips is internationally recognized for her expertise in body dysmorphic disorder (BDD) and related disorders, such as olfactory reference syndrome (ORS) and obsessive-compulsive disorder (OCD). She also has expertise in other obsessive-compulsive and related disorders, anxiety disorders, and other conditions. For the past 30 years, Dr. Phillips has been providing expert evaluation and treatment for people with these and other conditions.

In addition to caring for patients, Dr. Phillips has conducted pioneering research studies on BDD, a common and often severe disorder. Many of her research studies were funded by the National Institute of Mental Health. People with BDD perceive themselves as looking abnormal, ugly, or unattractive, to the point where it causes emotional distress or interferes with their functioning and quality of life. Her research studies have identified BDD's symptoms, how it affects people's lives, and other key characteristics. Her studies have also developed and tested effective treatments for BDD -- both medication and cognitive-behavioral therapy.

Because body image concerns in men and boys are often overlooked, she co-authored The Adonis Complex: How to Identify, Treat, and Prevent Body Obsession in Men and Boys. And to guide therapists when treating BDD, she co-authored Cognitive Behavioral Therapy for Body Dysmorphic Disorder: A Treatment Manual.

Dr. Phillips is also a co-author or editor of Disorders of Body Image, Handbook on Obsessive-Compulsive and Related Disorders, and other books. To visit her Amazon author page and see her books, please visit https://www.amazon.com/Katharine-A.-Phillips/e/B000AQ6NHI/ref=sr_tc_img_2_0?qid=1513628158&sr=1-2-acs